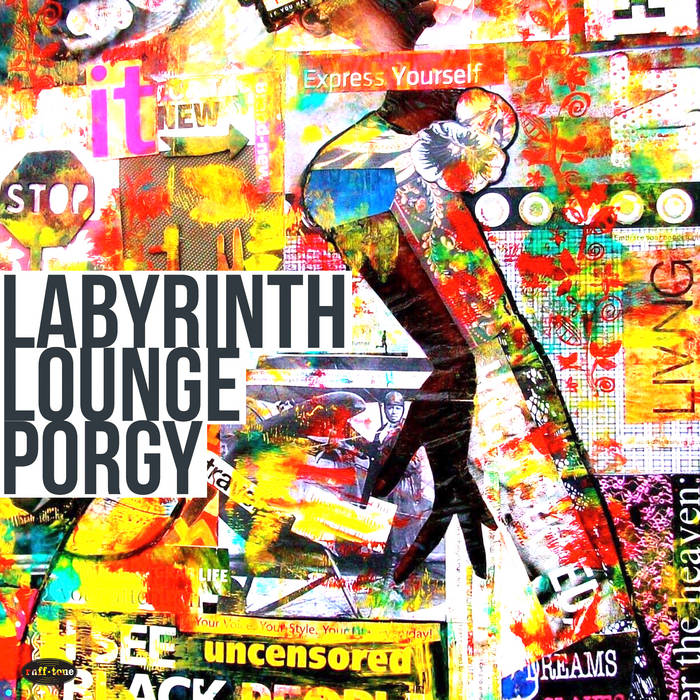 "High energy and quite a lot closer to jazz with a terrific funk and hyper-Gershwin Broadway vibe laced throughout it. Vocalist Valerie Troutt’s delivery here is stunning, with so many ups and downs taking the listener on a rollercoaster of aural delight" - Louder Than War

"Labyrinth Lounge is one band who is not letting a few thousand miles stand in the way of making and performing great music... Funky and soulful. Purveyors of soul and jazz with a vigorous spirit of social activism" - The Big Takeover


New York’s Rufftone Records has announced that they will release the debut album from Labyrinth Lounge, preceded by a preview of the first single ‘Trouble Won’t Last’.

What’s in a name? Sometimes a lot more than you might at first realize. The band’s name suggests a perfect combination of complexity and a chilled vibe, which is exactly the dynamic dichotomy making up both their sound and attitude.

Originally conceived and launched in New York in the late nineties, the collective re-assembled in 2016 to grow anew in the San Francisco Bay Area and are again built from a wonderful blend of soul, pop jazz and the spirit of social activism.

The original band grew from the bass-drums pairing of John Ormond and Jaz Sawyer, best known as the rhythm section for the late great Abbey Lincoln, probably the most outspoken of the jazz divas, who brought a sense of black consciousness and social activism to the jazz world a long time before it became a trend. Taking everything they had soaked up while working with that great lady, the linked up with vocalist Valerie Troutt, keyboardist Emanuel Ruffler and rapper Ambessa ‘the Articulate’ Cantave, resulting in a unique mix of hip hop, rock, neo-soul and spoken word, sampling, beat making and improvisational approaches honed while performing in clubs and lounges in lower Manhattan, Brooklyn and New Jersey.

Fast-forward to 2016 when the opportunity arose to revisit the project with the original lineup and new direction. In the interim, Valerie Troutt had done more than establish herself as a musical artist in the East Bay area, taking on a highly active role in the cultural and creative community through her work with the Oakland Public Conservatory, the Museum of African Diaspora, Higher Ground Neighborhood Corp. and the Embodiment Project, where she is Music Director.

After a recent performance at Oakland's Studio Grand, the band locked themselves away in the Bird and Egg Studio, resulting in six brand new tracks for their ‘Porgy’ LP, The lead track ‘Trouble Won’t Last’ is a fantastic balance of classic and exploratory, iconic past sounds and forward moving modernity, a subtle and meaningful fusion of free jazz, pop and urban minimalism, reaching far beyond the cross-genre shot-in-the-dark approach many artists take when navigating such territory.

“Valerie sent me a phone recording of the song, with her doing all the parts with her voice. I took it apart and added a few harmonic twists to it, but left the feel and tempo unchanged. The song deals with the division of the spiritual and material life... And how we often have to make an effort to not be limited or controlled by our material environment,” explains Emanuel Ruffler.

But Labyrinth Lounge is certainly a team effort and it is the varied and diverse journeys – musical, physical and spiritual – the players have been on that bring the various elements and textures together.

Valerie Troutt is a music collagist, borrowing from ancestral centuries of sound, channeling spirits, and delivering the stories of our love, loss, and lives, a musical shaman and hungry to communicate with people. Jaz Sawyer, also originally from the San Francisco Bay Area, has toured with everyone from George Benson to Santana to The Grateful Dead before working with Abbey Lincoln on this particular path.

German born Emanuel Ruffler visited New York in 1992 and was immediately struck by the breath-taking artistic level and creative environment, so moved there to study with legendary pianists such as Jaki Byard, John Hicks and Mulgrew Miller a few years later. After taking grand prize in the Thelonious Monk Competition, he has achieved songwriting credit on Me’shell Ndegocello’s 'Aquarium' and also collaborated with world-famous designer Emanuel Ungaro, which ultimately led to Ruffler soundtracking an ad for an Ungaro-produced perfume.

Jaz Sawyer also comes with a colorful pedigree, beginning drums at the age of two and having played Wynton Marsalis, George Benson, Santana, and The Grateful Dead, among many others.

"Trouble Won't Last" Is a funky soulful laid-back approach to Trump’s America. It's what our grandmothers said when life gave them lemons. It's a reminder to keep pushing against all odds until you see the outcome you desire," says Valerie Troutt.

The accompanying video was produced by Townfuturist Media and directed by Korise Jubert. It features members of Mooncandy LiveHouse Ensemble and Labyrinth Lounge.

‘Porgy’ will be released on September 8 through Rufftone Records. The band is also preparing a string of live performances in LA and the San Francisco Bay Area in the fall of 2017.

Bandcamp Daily  your guide to the world of Bandcamp

Featuring interviews with the mighty Hiatus Kaiyote and genre-busting L'Rain.